Quantum computing’s influence on the way we work in the future likely will occur in waves. The initial shift will be subtle, although that surge will quickly give way to more substantial changes. Once a critical mass of quantum solutions and progress has been achieved, workforces, organizations and industries will experience profound transformations.

Konstantinos Karagiannis is a Director with Quantum Computing Services at Protiviti. He is the host of The Post-Quantum World podcast series.

The first wave is already underway, and many organizations are on the cusp of leveraging quantum computing solutions to develop game-changing offerings and/or reinvent organizational activities like fraud detection and information security. It is imperative for organizational leaders to understand what quantum computing is, which activities it is best suited for right now, and the challenges and enablers that must be addressed to facilitate its use and advancement.

Not Just Faster, but Better and Faster

Quantum computing takes advantage of some strange properties in quantum mechanics to enable a different type of computing to occur. In the traditional realm of classical computing, a binary system of zeroes and ones (bits) drives a certain type of math. The quantum computing notion of “superposition” allows quantum bits to exist in multiple states at one time. This enables a different type of math to occur via powerful algorithms.

The business media often links quantum’s business readiness to its ability to crack traditional security encryption standards. While that marks a crucial information security concern, the correlation fuels the misperception that quantum computing does not officially exist until it can crack current encryption algorithms. This is not the case.

Several dozen quantum computers, and counting, are now available on the cloud, and companies already run algorithms on those machines to deliver major efficiency and cost savings benefits. Protiviti recently compared the outcome of a complex portfolio optimization effort using classical machine learning with tensor networks to the same optimization using a blend of classical and quantum computing. The classical machine learning approach produced an optimal solution in 33 hours; our hybrid quantum approach produced the same solution in three minutes.

Despite that jaw-dropping difference, quantum’s benefits are less about speed than about a completely different approach. If classical computing is akin to using a hand trowel, quantum is a jackhammer. Make that a specialized jackhammer: Quantum machines are highly specific types of supercomputers best suited – at least right now – for optimization and simulations. That’s one reason why, despite some misconceptions in the market, quantum computing will not replace classical computing.

Today, quantum computing can deliver massive improvements to portfolio management, drug development, planning and logistics, fraud detection, materials sciences, and other complex optimization and simulation challenges. Anything that machine learning currently does, quantum can do much better.

Over time, quantum will change workplaces and the nature of work selectively and gradually – and then massively. Initial uses of quantum will influence most workers the way cloud computing affected them – that is to say, not much. Quantum workloads, like cloud workloads, are run off-site. However, as more computing work is handed off to quantum machines, more organizational groups will see that their operations run better and faster. That will be followed by a tipping point when quantum computing revolutionizes optimization- and simulation-friendly activities. Data analyses also will become easier and far more accurate, including projections of future performance and risks. These gains – which will in turn be used to develop new offerings, business lines and even industries – will have potentially massive impacts on the way work is performed.

To leverage quantum’s current and future benefits, business leaders should recognize and address several challenges. The following considerations can help them do so:

Companies that were late to innovate in machine learning a few years ago now face great difficulties trying to catch up. A similar dynamic applies to quantum, so business leaders should assess what quantum means for their business and start experimenting with use cases.

2. Recognize that better quantum machines are on the way

Organizations that run a quantum proof of concept today should not be deterred if the pilot fails to deliver spectacular results. Better quantum computers become available every couple of months, and the scale of their improvements relegates Moore’s Law to the history books. Adding a single qubit doubles a machine’s computing power, and IBM just announced its development of 127-qubit quantum processors. As quantum computing takes on a larger share of machine learning workloads, algorithms and solutions previously deemed impossible will become standard.

3. Organizations will compete for quantum talent

Most organizations will struggle to find and hire the quantum talent they need. Fortunately, in certain roles like coding, a quantum expert does not need a Ph.D. to make a meaningful business impact. Still, obtaining quantum skills is more comprehensive than just learning a new coding language; it requires proficiency in linear algebra, some quantum physics and a bit of machine learning along with the heavy lifting involved in learning new programming languages and algorithms. Organizational leaders should collaborate with universities to create business-relevant curricula and help design undergraduate degree programs.

4. Capacity and other hurdles still need to be cleared

Quantum computers are complex, temperamental machines: They need to operate in temperatures close to absolute zero. They also become outdated quickly. Those qualities ensure that nearly all organizations will access quantum machines as a service via the cloud. As certain machines and algorithms deliver quantum advantage in various areas, bottlenecks will arise. For example, when one company uses a quantum computer to more accurately identify something like credit card fraud, all companies will want to use the same machine. This demand will prevent certain real-time use cases from being practical at first.

6. What we don’t know about quantum may be mind-blowing

As more use cases deliver benefits and insights, quantum computing applications will develop in unforeseen ways. Think back to the early 1990s, when the most out-there predictions about the internet mentioned the ability to shop at home. That prognostication was accurate, but no one imagined social media, streaming video, smartphones, apps and the like. Every time experts try to chart where quantum is heading, the technology exceeds the most optimistic forecasts. Developments like “interconnect” – which describes the tethering together of individual quantum computers on a quantum network so they act as one larger computer – could produce breakthroughs, at work and in life, that we have yet to imagine.

In the future of work, quantum computing could even wind up being the missing piece in achieving artificial general intelligence that has so far eluded our best efforts. All matter has a quantum element to it, so that may not be as far-fetched as it sounds – all the more reason for leaders to start wrapping their brains around quantum computing’s current and future uses.

Tags:
future of work
,
artificial intelligence
,
emerging technology
More on FUTURE OF WORK
Quan CEO: Business leaders be warned, employees are em...
Listen up! The future of workforces and workplaces
View from the Vice Chair: Morgan Stanley’s Carla Harri...
Protiviti-Oxford Survey: Executives say emerging techn...
University of Pretoria professor: Reskilling critical ...
Protiviti’s Fran Maxwell visits the workplace of 2035
Next-decade office design: A discussion with HGA archi...
From talent to tech with futurist and business strateg...
Career design and the future-focused workforce with Er...
Human capital exec: The future cannot be an accident—p...
Talking talent and training in 2030 and beyond with HR...
Offices of the future with real estate executive David...
Employees and customers 2030: What’s in store with Joh...
Talent trends 2030 with Mauro Ghilardi, A2A’s people a...
Robert Half Chief Digital Officer: Connecting and coll...
What’s next for work with Microsoft’s Corporate Vice P...
Protiviti-The Financial Times Directors’ Roundtable: A...
Cambridge dean: A revolution is coming! How to prepare...
WarnerMedia’s global head of equity and inclusion: "Br...
How we’ll work next with Nina Henderson, International...
How game-changing tech will revolutionize work with Dr...
View from Down Under: NSW’s Chief Data Scientist on te...
Digital disruption: Futurologist and professor Dr. Ste...
It’s the end of the work as we know it, and I feel fin...
Navigating the future of work through trust and empowe...
Chair of Absa Group: For workers, offices and operatio...
More Insights From Protiviti 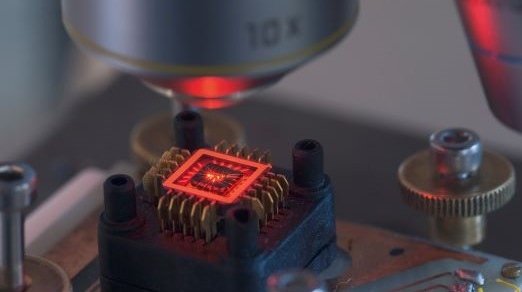 How quantum computing will impact the future of cities 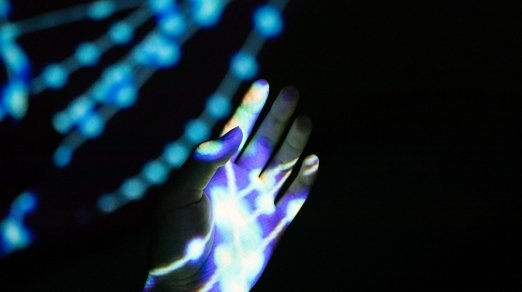 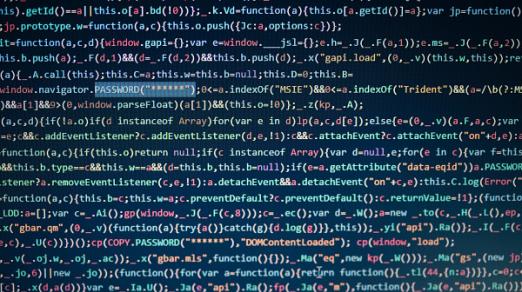 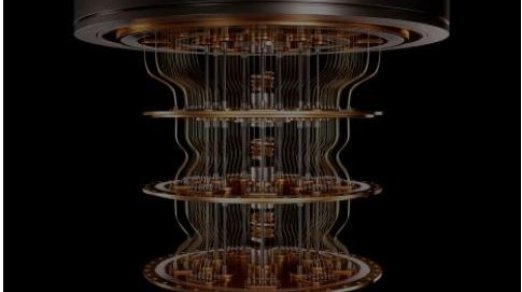 The post-quantum world
Add a Comment
Comments
No comments added yet.