Taking a stand: Protiviti MD offers a way forward for firms when neutrality is not an option

Up until recently, a company’s traditional response to new government sanctions directed at a particular country would be to ensure it complied with those restrictions (in other words, did not conduct any transactions that were specifically prohibited), but otherwise carry on with remaining lawful business activities. Consider, for example, the U.S., EU and United Nations economic sanctions on Iran levied due to the country’s pursuit of nuclear weapons and its support of Hezbollah, Hamas and similar groups. Many companies treaded close to the line of these restrictions. Some even stepped over it and wound up facing penalties because of practices like “wire stripping,” which attempted to mask association of particular payments with sanctioned Iranian parties.

Mike Brauneis is a Managing Director with Protiviti and serves as the global leader of the firm’s Financial Services Industry practice as well as the global leader of the industry regulatory compliance practice. He has nearly 20 years of experience focused on regulatory risk and compliance matters. Prior to joining Protiviti in January of 2004, Brauneis was a Regulatory Relationship Manager for one of the Top 10 bank-holding companies in the U.S., where he was the primary point of contact with regulatory agencies in the states in which the company was registered, with direct responsibility for responding to and resolving all compliance issues raised in these states. He is regularly consulted as a regulatory compliance subject-matter expert by leading media outlets, having been interviewed and quoted by organizations including The Wall Street Journal, Associated Press, Reuters, CNN, American Banker, and the Chicago Tribune, among many others.

Contrast that approach with the way nearly all organizations in all industries, immediately adhered to—and then went well beyond—the letter and spirit of economic sanctions on Russia precipitated by its invasion of Ukraine. Initially, a few institutions pulled out of the country altogether, an action that significantly exceeded the technical scope of sanctions against Russia. These measures quickly triggered a flood of similar voluntary exits, with the dwindling list of global companies that maintained their operations in Russia facing significant criticism, including consumer-driven boycotts, for doing so.

Although the Russia-Ukraine war represents a thus-far unique and extreme example, an especially polarized political environment, the viral power of social media communications and campaigns to reach broad audiences very quickly, and heightened attention to customer and employee perceptions and values are increasingly forcing executive teams to take a stand on issues that affect their stakeholders and their bottom lines. Going forward, most of these choices will not be the “easy” call that cutting ties with Russia was.

Consider Florida’s “Parental Rights in Education” law (popularly known as the “Don’t Say Gay” bill); the Supreme Court’s recent Dobbs ruling overturning Roe v. Wade; debates over gun control and the liability of and ethics associated with financing gun manufacturers; and investments in fossil fuel producers as just a few other current hot-button issues. Unlike the Russia-Ukraine war, these other matters have vocal proponents on all sides of the argument. As a result, organizations that choose sides on these issues must be prepared to deal with a range of risks, including consumer boycotts, potential government investigations and/or loss of government contracts. Although making such calls may be appropriate and necessary in many cases to live up to an organization’s own corporate and employee values, few firms have the right plan and processes to do so in a consistent and well-informed manner that manages all the foreseeable risks.

organizations that choose sides on these issues must be prepared to deal with a range of risks, including consumer boycotts, potential government investigations and/or loss of government contracts.

In developing a framework for taking these stands, C-suites and boards should consider the following realities:

What’s clear is that pressure on companies to take a stand on these types of issues—and the risks associated with doing so—will continue to mount. Increasingly, employee and shareholder expectations about corporate values will make the risk of inaction greater than the risk of action. Organizations need to implement more robust governance structures to manage decision-making and strategy on these topics. While there is no one-size-fits-all approach, the following six key factors will likely play a role:

1. ESG as the lighthouse

Although nearly all companies are dedicating significant time and attention to building and maturing their ESG programs, most of these efforts to date have been focused on the environmental component as it relates to mitigating climate change impacts. However, a comprehensive ESG program—and the related organizational structure and decision-making processes it entails—should also be designed to manage how the company takes positions on controversial issues associated with the social and governance pillars of ESG. In particular, most organizations’ current social standards are centered around their relationships with employees, suppliers and the immediate communities they serve. These standards are also typically inward-looking and focused on the organization’s own practices and operations. There is an immediate opportunity to broaden the scope of these programs to address a wider range of social topics on which the company may eventually need to take a position.

Increasingly, employee and shareholder expectations about corporate values will make the risk of inaction greater than the risk of action.

2. What are the company’s values?

This question sounds deceptively simple but is difficult to answer in practice. Most global organizations have published value statements or core principles; excerpts from a few examples (with an emphasis on social components) include:

Although these types of statements serve as foundations for social decision making, many organizations face challenges translating them to action plans. One consideration for whether a company should take a stand on social issues is its response to the Business Roundtable’s 2019 Statement on the Purpose of a Corporation. The Statement marked a watershed transition away from the widely held tenet that an organization’s mission is to maximize shareholder value toward a commitment to all stakeholders, including employees, suppliers, customers and communities.

The Statement was initially endorsed by some 180 CEOs (about three quarters of the association’s members), although other business leaders argued that over the long term, organizations that do not make the same commitment will not perform as well as those that do, and that an explicit pledge was an unnecessary distraction. In general, organizations sidelining themselves are relatively less well-positioned to confidently declare a corporate stance on specific topics such as Roe v. Wade or voting rights bills—and probably should not be a first mover on any social issue.

3. What goes in a social issues plan?

As noted above, an organization’s process for navigating social issues should be embedded within its broader ESG program, policies and procedures. For the sections dealing with social issues, it’s important to address:

Organizations should also consider from an enterprise risk management (ERM) perspective whether their current risk taxonomy effectively addresses all the risks that may stem from taking a position on a social issue. For instance, “voluntarily abandoning a profitable and lawful asset because of objections to the government where that asset is based” would fit into the broader category of geopolitical risk, but I doubt that specific risk appeared on many companies’ risk registers prior to the Russia-Ukraine war. Developing the playbook at an ERM program level can help drive a more efficient response.

One consideration for whether a company should take a stand on social issues is its response to the Business Roundtable’s 2019 Statement on the Purpose of a Corporation. The Statement marked a watershed transition away from the widely held tenet that an organization’s mission is to maximize shareholder value toward a commitment to all stakeholders, including employees, suppliers, customers and communities.

4. The value of “extreme but plausible” wargames

Cybersecurity professionals are very familiar with wargame exercises in which diverse stakeholders gather to walk through a simulated threat to the organization and practice its response. This concept can be expanded to future social issues to pressure-test the effectiveness of the action plan described above. Such an exercise can answer questions such as:

The most important factors in an organization’s decision to take a stand—and what that stand should be—are the defined values and mission of the company, as described above. However, in evaluating the potential exposure associated with a given position, it’s important to understand the perspectives of all stakeholders involved, including customers, employees, investors, and governmental and regulatory agencies in the markets where the organization does business.

This insight is particularly important for organizations that operate over a large and diverse geographic footprint, especially where the dominant political views in the market where the corporate headquarters (and thus decision-makers) are based may be different from those of many employees and customers. It may also be appropriate to consider holding small focus group discussions with employees as part of both the wargames exercise referenced above and for feedback to a particular response effort. Even if that approach doesn’t sway the organization’s decision regarding which side of an issue to take, it will help to anticipate likely employee and customer reactions and better prepare the organization to respond.

Once a stand has been taken and communicated externally, many organizations consider the matter closed. As a result, they are often caught off guard by negative reactions and fail to counter those effectively as a result. It’s important to anticipate potential blowback when a position is being drafted, as well as to monitor the response after it goes public. The firm’s public relations and social media teams play important roles at this stage, along with functions such as human resources and internal communications, and those managing investor and government relations.

In addition to monitoring for and responding to feedback, organizations should also track the substantive impact of the stand they’ve taken. From an operational standpoint, if a decision was made to reduce or suspend services in a particular market or to particular customer groups, organizational leaders should ask:

With regard to the response to the Russian invasion of Ukraine and how it has played out, it’s been interesting to see all the specific implementation issues and potential unintended consequences that have emerged. Some of these include:

The complex interconnected and fractious world we’re living in today might make many financial institution leaders long for the days when maximizing shareholder returns was their only objective, but that is no longer realistic. While taking positions on contentious social issues will always carry risk regardless of the path taken—and even when the path is not to take a position—organizations that accept today’s reality and plan for how they will address these matters are far better positioned to weather the resulting stakeholder and public opinion storm than those that treat every such event as an unprecedented crisis.

WHAT GOES IN A SOCIAL ISSUES PLAN?

An organization’s process for navigating social issues should be embedded within its broader ESG program, policies and procedures. For the sections dealing with social issues, it’s important to address: 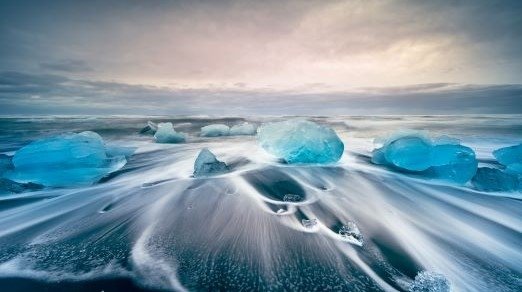 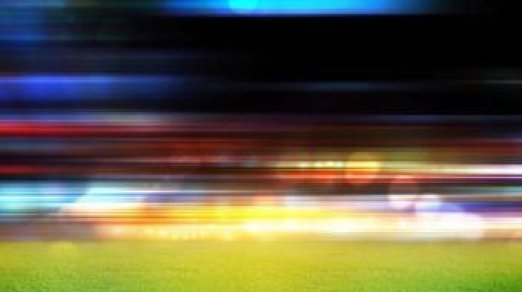 The Russian sanctions: A catalyst for ESG?

The war in Ukraine: Globalization takes another hit 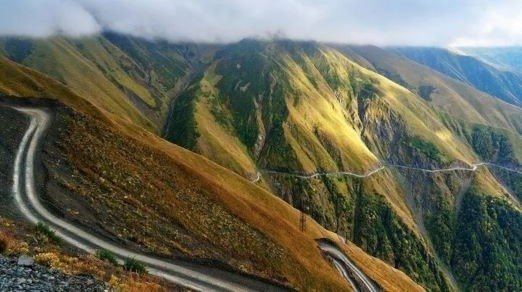 ESG journey just beginning, but leaders have a clear competitive advantage
Add a Comment
Comments
No comments added yet.