Sustainability strategist: By 2030, we’ll know what cities will be unlivable

Andrew Winston is a globally recognized expert on megatrends and how to build resilient, profitable companies by helping people and the planet thrive. He is one of the most widely respected strategists and speakers on sustainable business in the world and was selected for Thinkers50 Radar list of “30 thinkers to watch in 2020,” a global ranking of top management thinkers. His views on strategy have been sought after by many of the world’s leading companies, including 3M, DuPont, Johnson & Johnson, Kimberly-Clark, Marriott, PepsiCo and Unilever, among others. Winston has written four books, including Green to Gold, one of the best-selling green business titles ever, and has reached more than 100,000 people in seven languages. His fifth book, Net Positive, is due out later this year. VISION by Protiviti’s Editor-in-Chief Joe Kornik sat down with Winston to discuss Sustainability and Cities.

Andrew Winston is an expert on megatrends and how to build companies that thrive by serving the world. He is one of the most widely read writers on sustainable business, with regular columns in Harvard Business Review and MIT Sloan Management Review. He is the author of several books and his latest, Net Positive, is due out in October 2021.

Kornik: Even before COVID, many cities around the world were dealing with a looming climate crisis. Then they got hit with a pandemic. What do you think will be the impact of COVID on cities?

Winston: We won’t really know for years, but in the short run there’s been an exodus from cities around the world. Mostly by wealthy people who have the means to do remote work from anywhere. I think we’ll see some people leaving expensive cities like San Francisco, New York, London, Paris and many cities in Asia. But I also think the trends that drive people to cities are still pretty much intact, so I think in India, China and Africa you’ll continue to see population gains. At the same time, cities are having to move aggressively on their own sustainability planning. There’s a bunch of cities in the world that are going to be dealing with rising temperatures and sea levels. And I’m not talking too far out: By 2030, I think we’ll have a pretty good sense of what cities are going to be unlivable.

Kornik: Unlivable? What cities, in particular?

Winston: Certainly, any place that’s low lying will have difficulty functioning as sea levels rise. I don’t think cities will be unlivable by 2030, but I think we’ll know by then. I don’t think you’ll see much more building and development in those places. We’re already starting to see it with the real estate market in Miami; we’re getting close to the point where lenders are going to stop writing 30-year mortgages because those properties are going to become much less valuable. And no one can really predict exactly when, but most climatologists agree there are several places where we won’t be living in 40 or 50 years. Or at least not living the same way we do now. People will adapt; there will probably continue to be people who live in Venice forever. And coastal cities will figure out ways to deal with the water. I think that’s what will happen in lower Manhattan; New Orleans has been doing that for decades; Amsterdam’s already there. But a place like Miami is different because it’s just not going to be able to pump out the water because of the way it’s situated. You’ve probably seen the maps of what happens with just three more degrees of warming. Southern Florida is underwater; the Keys are probably gone; the everglades become saltwater … just devastating stuff. Most climate scientists agree that most of the coastal areas of Bangladesh will be uninhabitable in the next 40 years. This all sounds far off, but it’s really not.

Kornik: Do you think executives realize how dramatically some cities will change because of climate?

Winston: I work with a lot of senior executives; some do but most don’t. I’ve asked companies with real estate portfolios if they’ve mapped out how their coastal assets will change because of climate, and for the vast majority, the answer is a resounding ‘no.’ But the executives I’ve spoken to clearly haven’t given much thought to what it will mean to conduct business in a climate-constrained world. If I’m a business in Southern Florida or sells to Southern Florida, or Bangladesh or the Middle East, look out. And I’m not just talking about flooding; there are cities that will simply be too hot to live or will run out of water. The water problem is potentially fixable with desalination technology, but the extreme heat is another issue altogether. There are places in the Middle East that are rapidly becoming unlivable for parts of the year. Well, imagine the impact that could have not only on cities, but entire countries and the global economy.

THERE ARE PLACES IN THE MIDDLE EAST THAT ARE RAPIDLY BECOMING UNLIVABLE FOR PARTS OF THE YEAR. WELL, IMAGINE THE IMPACT THAT COULD HAVE NOT ONLY ON CITIES, BUT ENTIRE COUNTRIES AND THE GLOBAL ECONOMY.

Kornik: Is there a way to convince the C-level to be more focused on long-range thinking?

Winston: That’s a big ask. I mean, with climate we’re talking about consequences that may still be 30 or 40 years off, and that’s just not going to matter to executives. The typical CEO is only in charge for three to five years. The executive boards are the ones who should be thinking more long term, but you usually have to look pretty hard to find board members with a climate or green energy background. You know, they’re typically older, not very diverse and not really prepared for this challenge. Companies would be wise to make sure their boards more accurately reflect the people in the industries they serve and the places where they do business. But overall, I’ve been pleasantly surprised most companies have continued, or even accelerated, their climate initiatives during COVID. They have because it’s good business. People respond to responsible companies, and there’s a tremendous amount of pressure on them from the public and even their own employees.

Kornik: I would think the same would also be true of cities…

Winston: It is. The United States just rejoined the Paris climate accord (Paris Agreement) and there was very little leadership coming from Washington on climate the last four years, so cities responded by picking up the slack. In some ways, I think it made them more proactive. When thinking about their own future and future tax base, cities would be smart to embrace sustainable initiatives. Cities tend to get a bad rap for having a huge footprint, but they’re more efficient than other areas. In a city, each person has a smaller footprint because they’re using less space and sharing more resources. In cities, lots of people use public transport, bike or even walk to work and shopping. Many don’t even own cars, and the ones that do own electric vehicles. Car companies clearly see the writing on the wall; most will have given up on the combustible engine by 2030. We’re going to see electric vehicles start to drop below combustion engine prices in the next few years. Most people want that. Not just because it’ll be cheaper, but because driving an electric vehicle is a much better experience; it’s quicker, it’s more responsive, the maintenance is almost non-existent. It’s just a better car.

CAR COMPANIES CLEARLY SEE THE WRITING ON THE WALL; MOST WILL HAVE GIVEN UP ON THE COMBUSTIBLE ENGINE BY 2030.

Bicycles in the Central Station square of Amsterdam

Kornik: So, are we finally at the point where the technology makes sustainability good business?

Winston: For cars, I think we’re there. And other sectors are close if they’re not there already. People want the buildings they live in to be efficient and have better air quality. They want the buses around them to be clean; they want the Amazon and FedEx trucks to be electric, and as we get further along in this who’s going to want to go back? This is only moving in one direction and the momentum is unstoppable at this point. I do think cities will partly compete on the quality of life they offer residents, as well as services they provide and how they provide them. And the cities that do it better will be in more demand. Those cities will be the ones attracting the best companies, the best talent and the best jobs. Unfortunately, we didn’t start early enough and we’re late, so there’s going to be some bad things that happen and much of that is going to happen in cities first, unfortunately. But we’re moving in the right direction.

Kornik: Overall, are you optimistic or pessimistic about the future?

Winston: I get asked this question a lot: Are we going to be OK? Well, it all depends on who the “we” is. Plenty of the world is going to come out OK, but there are parts of it that won’t, and it’s kind of how we handle that as a species that will make the difference. It’s hard not to be optimistic about the cost of clean technology; it’s dropped so fast and it’s only going in one direction. There’s no additional cost to accessing the sun or wind, and there’s just no way for fossil fuels to ever compete with that; they can’t win. What worries me, however, is that we need massive collective action based on the premise that we’re all in this together. I think COVID increased that a bit, but not as much as I would have thought or hoped. I just don’t see that in society, but I am seeing it, maybe even more than I thought I would, in corporations. Companies may end up being our salvation here. They have stood up against injustice more so than people and communities. Companies are leading and defending a more just society than governments are right now. Companies get it; for lots of reasons they seem to want to make the world work better. And that could be a huge win for all of humanity.

ARE WE GOING TO BE OK? WELL, IT ALL DEPENDS ON WHO THE “WE” IS. PLENTY OF THE WORLD IS GOING TO COME OUT OK, BUT THERE ARE PARTS OF IT THAT WON’T, AND IT’S KIND OF HOW WE HANDLE THAT AS A SPECIES THAT WILL MAKE THE DIFFERENCE.

Returning internal audit to 'business as usual' in a new world 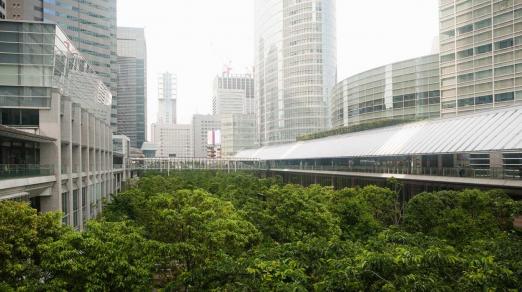 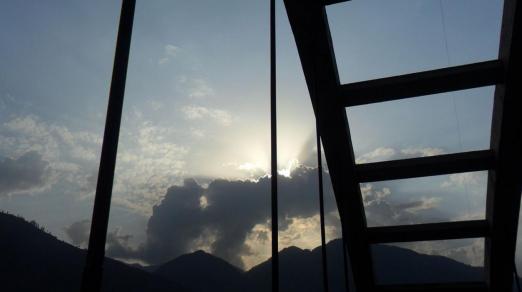