During the discussion, the mayors talked about emerging from COVID-19, lessons learned, and how their cities could forever be impacted. They also contemplated the way forward and the greatest challenges ahead for Australia’s capital cities.

“I know there's been a lot of talk about the demise of the city and the return to the suburbs because of the lockdown, but I think the demise of cities due to the pandemic has been greatly overstated,” says Clover Moore, Lord Mayor of Sydney. “I strongly believe that cities are going to remain the engine rooms of our economy, the centers of government, education, culture and entertainment.”

Moore is confident tourists will return and people will continue to come to Sydney and the other capital cities. “The reasons that Sydney was an attractive destination before the pandemic remain in place; Sydney continues to be a beautiful harbor city with a great climate and is a cultural and educational center. It is today and will continue to be well into the future.”

More than anything, Moore says, COVID-19 accelerated trends that were already occurring naturally in Sydney, including technological changes and changes to the nature of how and where people work. COVID sort of reinforced what was happening in the city already—people want to live near their jobs in neighborhoods that have a high level of amenities; they don’t want to be commuters traveling in from far-flung suburbs, she adds.

“We started to see these trends pre-pandemic, and we’ve been addressing them since way back in 2008 with our city and villages policy. We've invested in the quality of the parks and playgrounds, the recreation, the community facilities. We have leafy pedestrianized streets and people can walk or cycle to most local services and local employment and, of course, use public transport to connect to other parts of the metropolitan area,” Moore says. “We think it’s going to reinforce the policies we've been developing to make Sydney a place where people not only want to live but want to work.”

In Melbourne, Lord Mayor Sally Capp is bullish on the future but says the shakeout from COVID-19 in terms of the future of the city and the future of work is still to be determined. “We’ve certainly had a net fall in migration with more people moving into regional cities and choosing their lifestyle given that technology gives them the flexibility to do that.”

The rules have changed… and quickly. But even though Capp says she’s quite sure Melbourne will emerge from the pandemic in good shape, she’s not taking anything for granted and will stay laser focused on keeping the talent the city currently has as well as attracting new talent. Even at the height of COVID-19, Melbourne was busy approving some 800 planning applications worth some $2.3 billion (Australian) in both commercial and residential real estate. And Capp says city officials can play a significant role in what employment and economic opportunities will look like to help build sustainable communities going forward.

“Let's face it, it's not easy to replicate what we have in the capital cities, and particularly Melbourne,” Capp says. “So, building on those strong foundations is really important for the future of Melbourne, and working collaboratively with our regions, as we have done, will make sure that we all get the best benefit from the investments we’re making.”

CEDA, or the Committee for Economic Development of Australia, is an independent, membership-based think tank designed to identify policy issues that matter for Australia’s future and pursue solutions that deliver better economic and social outcomes for the greater good.

More than anything, COVID-19 accelerated trends that were already occurring naturally in Sydney, including technological changes and changes to the nature of how and where people work.

Investment, whether pre-, during or post-COVID-19, was a key theme that emerged during the discussion. The mayors were keenly aware of the power of the purse strings.

Adelaide Lord Mayor Sandy Verschoor says the city set up an economic development agency that’s led to a $500 million development in the Central Market, which is the city’s food district, and a $250 million development in North Adelaide intended to bring more businesses and more residents into the city itself. The North Adelaide development, she says, is designed to highlight the unique features of the city, specifically its 730 hectares of parklands—everything from forests and wetlands to heritage sites, sporting fields and playgrounds—that she says were so crucial during the darkest days of the pandemic.

“It was extraordinary to see how people connected with those open spaces,” Verschoor says. “And Australian cities offer lifestyles that other parts of the world just can't offer. We are incredibly livable cities, we are creative cities, and we are focused on the well-being of our citizens as something that we need to support.”

For all future development, Verschoor says Adelaide will continue to keep an eye on the overall well-being and lifestyle of its residents. “People are really rethinking what they want their lives to be, and I think that there's a lot of good reasons for people to both live in, and invest in, our capital cities.”

And that focus on lifestyle could provide an advantage for a smaller city like Hobart, says Lord Mayor Anna Reynolds. Recent data showed that Hobart had the lowest office vacancy of any Australian capital city in 2021. And it's still difficult to get commercial property because there is interest from a range of organizations to be based in Hobart.

“The pandemic, and its acceleration of technology adoption, has provided the opportunity for people to essentially be based anywhere… and maybe a smaller capital city becomes more attractive because of the lifestyle it provides,” Reynolds says. “As a city, we just have to make sure we’re ready for it.”

Another aspect all four mayors say they need to be focused on as they eye the future is affordable housing. “This really could turn out to be the burning-platform legacy and hopefully positive outcome story from the pandemic—that we finally, as a nation, come to terms with our housing crisis, and also the disparate needs of people looking for affordable housing in our cities,” Sydney’s Moore says.

“Sydney has had a very long-term plan of increasing affordable housing, and we have taken many actions to do that. But because Sydney residential real estate prices have become so expensive this is a big challenge for us,” Moore says. “But it's a high priority for us to continue to have people of all incomes being able to live and work in our city.”

Verschoor says all the mayors have been working—both individually and collectively—on housing and homelessness strategies for quite some time, lobbying at both the federal and state levels. But the pandemic put the issue on the front burner like never before.

“In terms of our own city, again, we had an extraordinary number of development applications and approvals that have gone through for a lot of those mixed-use developments,” Verschoor days. “And where there is mixed use, we have ensured, particularly of the things that we are investing in, that we have affordable housing.”

It's also important to be able to keep essential workers—hospital staff, university employees and students, police officers and firefighters—in the city. “These are the people we want to be able to continue to live in our city; and they want to live in the city, so we’re trying to make it as easy as possible for them to do so.”

Australian cities offer lifestyles that other parts of the world just can't offer. We are incredibly livable cities, we are creative cities, and we are focused on the well-being of our citizens as something that we need to support.

The learnings from COVID-19, particularly the coordinated and rapid response that was often required across federal, state and local governments, could serve as a catalyst for another huge challenge that’s facing not only Australia but the planet. Sydney’s Moore says for many years, Australia’s state and federal governments failed to address what she considers Australia’s biggest challenge—climate change.

“I think we can take the learnings from COVID and apply them to addressing climate change, which is overwhelmingly our biggest challenge we have to face for the future,” says Moore. “And I think the learning we took away is that collaboration had to happen; we simply had no choice. We can take those lessons from COVID and start to address climate, too. I think that's what we should all be putting our minds to right now.”

The biggest environmental threat in Hobart, Reynolds says, are the catastrophic bushfires, so it’s quite different from the pandemic in one sense. However, the rapid response, and the need for financial resilience, is very much the same. “Cash flow is a challenge for smaller capital cities. I think the financial sustainability of cities and making sure we're ready for shocks and extreme circumstances is the biggest lesson we can take out of this,” Reynolds says. “As we've seen with this pandemic, there are things that will happen that you just can't predict. So, I think making sure that there is enough support available for people to be able to cope in unpredictable and uncertain times is key.”

Echoing Reynolds comments, Adelaide’s Verschoor says: “I think one of the big lessons for us was that our business continuity plans were for emergency events, which are contained within a timeframe; a fire or flood or losing power, but they weren't designed to be ongoing for months and months,” she says. “There's been a really big rethink about how everything works together, and what we need to put in place if we're going to be facing ongoing and maybe even global interruptions that will inevitably come with climate change.”

Moore says Sydney’s biggest priority has been addressing climate as part of its Sustainable Sydney 2030 strategy. “We made a commitment to get our emissions down by 70% by 2030. And just last year, we partnered with three regional areas to purchase renewable energy from them,” Moore says. “Sydney is now powered by 100% renewable electricity, and it's based on energy coming from those wind and solar farms in regional areas.”

Given the accelerating climate change that’s happening across Australia, Moore says that the “COVID collaboration” will continue to be a key strategy in Australia’s future. The interaction with regional areas that were devastated by bushfires was an opportunity for Sydney to be able to support those regional communities by sending emergency workers and others to assist.

“I think what we will see in the future is greater collaboration, not only from different levels of government, but also that interaction between city and regional local governments,” Moore says. “I don’t think there’s any question that we realize we’re all in this together.”

Sydney is now powered by 100% renewable electricity, and it's based on energy coming from those wind and solar farms in regional areas.

Sally Anne Capp is the 104th lord mayor of Melbourne, elected on 18 May 2018 and sworn in on 24 May 2018. Sally is the first directly-elected female Lord Mayor of the City of Melbourne. She was the first woman to hold the post of Agent-General for Victoria in the UK, Europe and Israel. She has also served as the CEO for the Committee for Melbourne.

Sandra Maaike Jayne Verschoor is the Lord Mayor of Adelaide in South Australia since 12 November 2018. Prior to this, she was Deputy Lord Mayor and a General Manager at the City of Adelaide.

Anna Reynolds was elected Lord Mayor of Hobart in November 2018, the third woman to be elected into the role. First elected as an Alderman to the City of Hobart in 2014, she was Chairperson of the Parks and Recreation Committee during her first term. 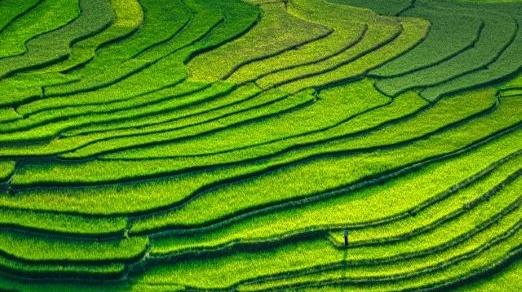 Where is your company on the ESG reporting continuum? 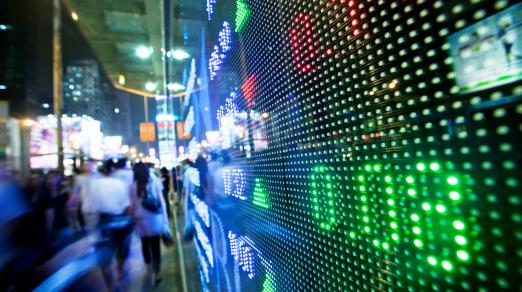 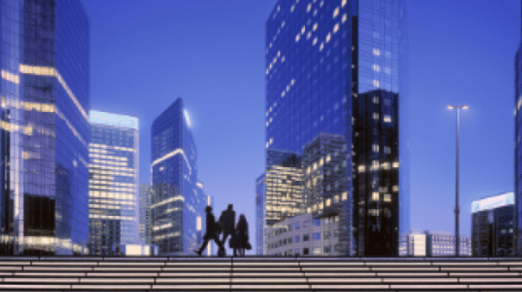 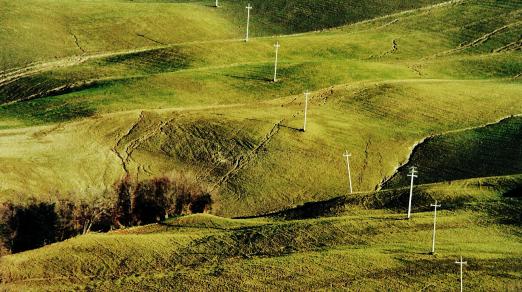