The cities are alright: Yes, they’ll survive... and be far more important in 2030 and beyond

There’s some debate as to where and when the first cities on Earth began. Most scholars agree urbanization began in Mesopotamia in the Middle East about 10,000 years ago. It’s biggest city, Jericho, probably had about 3,000 people clustering together for survival. It was a few thousand years later that Uruk in present day Iraq emerged as a religious, cultural, and political center of influence for its 40,000-plus residents. Uruk, more than Jericho, often gets the distinction as Earth’s first “city” since it brought more to the table than the simple survival of the species.

Joe Kornik is Director of Brand Publishing and Editor-in-Chief of VISION by Protiviti, a content resource focused on the future of global megatrends and how they’ll impact business, industries, communities and people in 2030 and beyond. Joe is an experienced editor, writer, moderator, speaker and brand builder. Prior to leading VISION by Protiviti, Joe was the Publisher and Editor-in-Chief of Consulting magazine. Previously, he was chief editor of several professional services publications at Bloomberg BNA, the Nielsen Company and Reed Elsevier. He holds a degree in Journalism/English from James Madison University.

Why this historical background on the origin of cities? Because it’s important to remember that cities as we know them today weren’t always here. We created them… with purpose. And that criteria of cities as centers of purpose and influence carries forward all the way to today.

Cities remain the cultural, political, creative and economic centers of influence. They are the heartbeat of humanity. Today, more than 4 billion people—more than half of the world’s population—reside in urban areas. By 2050, the United Nations estimates two-thirds of us will call cities home. By then, almost 7 billion of the estimated 10 billion people on Earth will live in cities. So yes, they are vastly important to the success of the planet and all the people who live on it. If our cities fail, we all fail.

This is why, when Protiviti decided to launch a global resource for the C-suite and boardroom focused on the transformational forces that would impact business in 2030 and beyond—VISION by Protiviti—the future of cities seemed like the perfect place to start.

Cities were facing significant challenges even before a global pandemic rocked them in a way they’ve never been rocked before. But 2020 saw residents fleeing urban areas en masse and businesses getting shuttered. Many offices anchored in central business districts remained empty as workers shifted to remote work. There was no shortage of “this is the end of cities” commentary out there. But are cities really dying?

We partnered with professors in the University of Oxford’s Sustainable Urban Development department to conduct an exclusive global survey of CEOs and executive board members to find the answers to this and other questions. Among the many key takeaways from the data, this one stands out: Despite all they’ve been through, a whopping 94% of CEOs believe cities will either be more important (64%) or as important (30%) to their overall strategy a decade from now.

These findings are significant and highly relevant. Cities may have bent, but they’re not broken. They’ve been pushed to their breaking point as waves of political, social, and economic upheaval subjected them to the ultimate stress test. And the verdict is in: They passed. From where we sit, reports of their demise have been greatly exaggerated.

As New York Comptroller Tom DiNapoli so eloquently states: “I think the city has the potential to be stronger than ever in 2030. New York has come through many crises over the years, including a pandemic, and our history as a city says that whenever we come through a crisis, we end up better, not worse.”

For this project, we interviewed more than 50 luminaries, futurists, physicists, strategists, executives, innovation officers, information officers, architects, urban planners, politicians, policy makers, professors, pundits, journalists, and other big thinkers outside our organization, as well as several of Protiviti’s own thought leaders and subject-matter experts. We asked them about the future of cities, and specifically, how that future would impact business over the next decade. The content created is the culmination of their insights representing perspectives from six continents.

When diving headfirst into the subject of cities, there are myriad aspects to consider. For this topic, we broadly explored technology and what are commonly called “smart cities,” infrastructure, sustainability and climate, leadership and the role both the public and private sector would play in cities’ future.

By 2050, the United Nations estimates two-thirds of us will call cities home. By then, almost 7 billion of the estimated 10 billion people on Earth will live in cities.

The skyline of Jakarta at dusk

Most cities are using cutting-edge technologies and AI sensors to track data in real time to enhance performance, service and user experience. But where we are now in terms of deployment is nowhere close to where we will be even a few years from now.

As Jonathan Reichental, Ph.D., Professor and smart cities expert says, “We’re looking at multi-trillions in new technology opportunities over the next decade and beyond.” Almost universally, most experts seem to think we’ll also see an abundance of electric vehicles and even some autonomous vehicles in cities by decade’s end. Mick Cornett, mayor of Oklahoma City from 2004-2018 says “a full integration of autonomous vehicles is probably more than a decade away, but when it does happen, it will have a profound effect on how cities function.” Many cities have already started to restrict automobiles in certain areas and personal mobility devices, such as scooters and e-bikes are on their way… perhaps even summoned by your phone or wristwatch. The revolution of personal electric mobility is really taking off in Europe, says Greg Lindsay, Futurist and Senior Fellow at New Cities. “More than 10% of households in Germany now have electric bicycles and forward-thinking cities like Paris, Milan, Madrid, and others offer personal subsidies for an e-bike or a scooter.”

And speaking of taking off, the FAA is expected to certify an urban air mobility aircraft in 2023 and if that goes well, many operators are looking to get their fleets off the ground in 2024, says Clint Harper, an Air Mobility Fellow with the City of Los Angeles, which is part of an air mobility pilot program with the World Economic Forum. Meanwhile, Petra Hurtado, Research Director for the American Planning Association, says she’s “confident flying taxis will be in the U.S. by 2028, sooner in Europe and Asia.”

But all this connectivity could come at a price, say Protiviti’s cybersecurity experts Scott Laliberte and Krissy Safi. There’s already been some pushback: In Toronto, where Google had planned to build its own smart city, residents complained that the level of surveillance was too invasive, says Ron Blatman, Executive Producer of Saving the City, a non-profit focused on city advocacy. Google pulled the plug in 2020.

And just as we begin to wrap our heads around the possibilities, it won’t long be at all before quantum computing and its mind-numbing capabilities change cities in ways most of us can’t imagine, says Protiviti’s Konstantinos Karagiannis.

Cities will survive but major changes are inevitable. To illustrate: In many ways, cities are the epicenter of the climate crisis. “By 2030, we’ll know what cities will be unlivable,” says Andrew Winston, a renowned sustainability strategist. “There are several places where we won’t be living in 40 or 50 years. Or at least not living the same way we do now.” Winston says he fears too many executives are unprepared for the coming climate crisis. “The executives I’ve spoken to clearly haven’t given much thought to what it will mean to conduct business in a climate-constrained world,” he says.

But some cities have already started the planning. In Indonesia, the government recently announced an ambitious plan to relocate the capital city due, in part, to environmental issues. By 2050, the United Nations estimates much of Jakarta will be under water, but that hasn’t stopped Jakarta’s MRT (Mass Rail Transit) from building the country’s first metro system.

Clover Moore, the Lord Mayor of Sydney, says “I think climate change is overwhelmingly our biggest challenge we have to face for the future. I think that's what we should all be putting our minds to right now,” she says. Sydney has made progress with its Sustainable Sydney 2030 strategy. “We made a commitment to get our emissions down by 70% by 2030. And just last year, we partnered with three regional areas to purchase renewable energy from them,” Moore says. “Sydney is now powered by 100% renewable electricity, and it's based on energy coming from those wind and solar farms in surrounding areas.”

By 2030, we’ll know what cities will be unlivable. There are several places where we won’t be living in 40 or 50 years. Or at least not living the same way we do now.

Skyscrapers in the city of Songdo, Incheon, South Korea

For cities currently facing the dual threats of climate and COVID, “city leadership is just about to become the most important job on the planet,” says Greg Clark, Group Advisor, Future Cities & New Industries, at HSBC Group. “The next 50 years will be a great reckoning, and it has already started.”

That’s why it’s so important, he says, for corporations to invest in cities. “As cities go so goes this nation,” Morial says. “We need to start treating cities like the jewels they are." He’s been on a campaign to encourage technology companies like Google and Amazon to look at cities when they are making decisions as to where to invest. “We need more American businesses to invest in our cities. We need more employers to look to cities as places to locate and then make a commitment to the residents of those cities to help create economic opportunities and quality jobs.”

But what those jobs look like in the future is another story altogether, says Dr. Michio Kaku, a futurist, theoretical physicist, and best-selling author. “The next phase of all this is artificial intelligence. AI will be everywhere in the future, but one job that will not be replaced by artificial intelligence is the innovator… the creator of imaginative things; someone who speculates, dreams, and creates new things, these are the people who are going to change history. The companies that foster this mentality will flourish in the future.”

Here, we’ve highlighted just a few of the voices that make up our Future of Cities initiative. But there are a lot more visions of the future to be examined. Explore insights from leaders and experts worldwide and subscribe to VISION by Protiviti to come along on this journey with us. And we want to hear from you, so share your thoughts in the comment section below.

For cities currently facing the dual threats of climate and covid, city leadership is just about to become the most important job on the planet. The next 50 years will be a great reckoning, and it has already started. 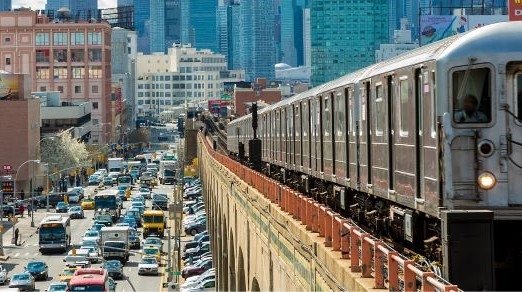 NY Comptroller: If COVID can’t kill a city, can it make it stronger? 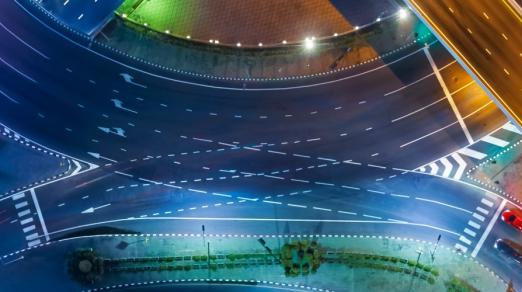 Greg Lindsay on the way we live next 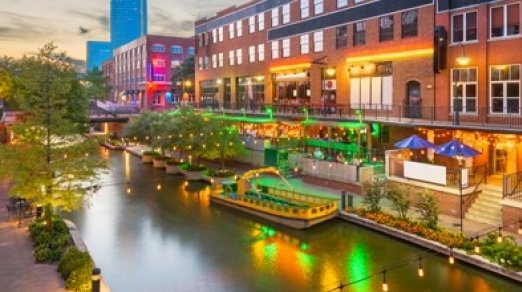 Lessons in leadership from a former mayor: Successful cities of the future